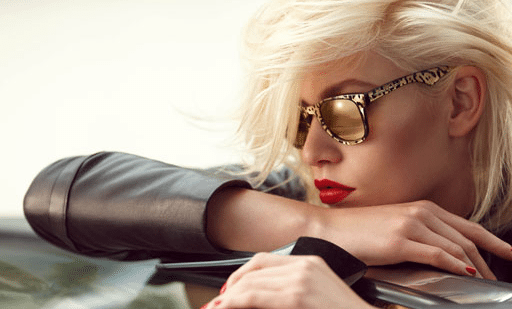 Jimmy Choo is a fairly young brand, founded only in 1996. Their first ever retail store was opened in London, on Motcomb Street. In about a year from its inception, the name had picked up, enough for Princess Diana to be seen sporting the Choo look.

From that point on, it was all an uphill climb for the company. 1998 saw another retail outlet made, this time in New York City, on Madison Avenue. North Canon Drive, Beverly Hills too had a Jimmy Choo outlet opened by this time. Placed in such strategic locations, it was evident that the brand was aimed at a very posh society.

The year 2000 saw the immortalization of the Jimmy Choo name, with a shoe brand made by the company seen in ‘Sex and the City’. From there, the firm focused mostly on the production of high-end footwear and bridal gowns. Choo got into manufacturing designer eyewear only in 2007. It is surprising that the company decided to launch their eyewear line so late, considering most competitor firms in the industry moved into eyewear soon after they started growing.

At this point, the brand had already become so big that it was being advertised by the wearers, a lot of whom were popular actresses. Still, Jimmy Choo continued to market well, engaging consumers through their blog, appearance in the news, and engaging website.

Today, there are a number of popular sunglasses brands made by the international manufacturer. The specialty of Jimmy Choo designer shades is that each range is given a very human-like name. For example, they have a series called Francoise; one called Laura, another named Lia; the list could go on. This makes it easier to identify with the personality of the sunglasses. Being able to feel this makes it a cakewalk to choose the pair that suits you best. Choose the personality, not the design.

Choo’s Alex range of shades has been among the most popular in their array for a while now. The leopard prints are to die for. Wileys and Carreras are for the more outgoing, with the brighter shades of color and larger frames turning heads at every corner. The Francoise and Mimi designs by Jimmy Choo are more subtle; yet do not fail to go noticed. All-in-all, the company has come a long way in creating quality designer wear in very little time.