A recent study conducted at Michigan State University has found that lenses with precision tints can reduce the pain and discomfort felt by people suffering from migraine. It was noticed that such lenses normalized brain activity.

Many people suffering from migraine are especially susceptible to visual stimuli and this leads to stress. The stimuli cause perceptual illusions and discomfort, illusions of shape, motion and color. The study also found a link between the visual cortex in the brain being excessively excited and visual stimuli susceptibility. This excess activity in the brain can induce a migraine sometimes. Special tinted glasses could normalize this brain activity.

In the study, eleven people without migraine and eleven others with migraine were involved. Each person was given a pair of lenses with precision tints. Two other pairs, colored and gray were also used for comparisons. The test subjects were placed in an MRI machine and exposed to striped patterns likely to trigger discomfit and distortion.

So wearing sunglasses can help those who suffer from migraine, while precision ophthalmic tints can give you more relief. The study noted that visual stress could result from activities such as watching TV, reading or computer work. So, precision lens can be used in regular glasses also. 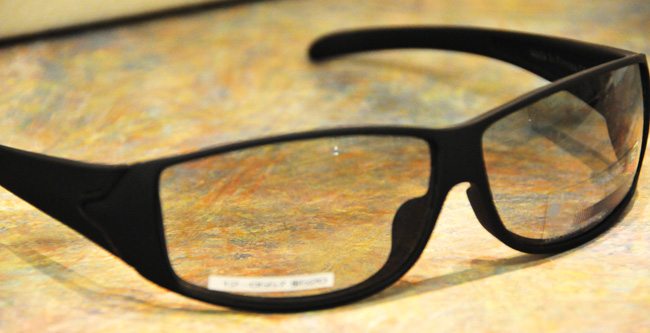