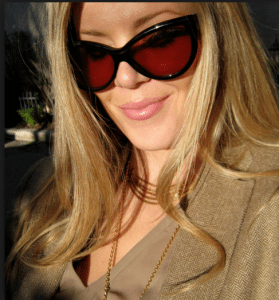 Perfect Pair of Eyeglasses for Your Personality

What is one of the simplest ways to transform your look, and well, your life? Putting on the perfect pair of glasses! Don’t believe us? Would you believe celebrity fashion stylist Brad Goreski? America’s favorite TV personality and fashion stylist from Port Perry, Ontario, Brad famously called wearing new glasses (or simply new sunglasses) as a way of completely transforming one’s look.

He compared it to getting a new hairstyle – simple, in fact minimalist and yet highly effective in transforming how a person looks and feels. And we couldn’t agree more! However, if you need more proof than the advice of a fashion stylist, we have a few. Would be believe science?


The science of wearing glasses and transforming personality

A 1993 social psychology study by John H. Krantz and Roger L. Terry attempted to determine the ways facial hair (in men), length of hair (in women) and eyeglasses (for both genders) affected people’s perception of their character traits. The results were interesting to say the least. Participants ranked men and women with glasses as more competent than their non-glasses counterparts.


And there’s another research that got similar findings. A year later (1994), Joseph Tekle and Åke Hellström studied the ways hair, beard and glasses affected people’s perception of the character traits and occupation of the person sporting them. Participants were asked to make judgments about the personality and career of different men, each with either a beard, a pair of glasses or hair.

The popular opinion about men with no hair, but with glasses and a beard was that they were academicians and held jobs in intellectual fields. The popular opinion about men in the opposite category (hair, but no glasses and no beard) ranged from them being employed in the lesser trade industry to them holding more menial jobs like working in factories.

Similarly, other studies have found people with eyeglasses to be more honest, hard-working and dependable. A 2008 publication, which discusses the effects of eyeglasses on the verdict of a jury in a court of law, also suggests the positive light in which people wearing eyeglasses are viewed.

Defendants wearing eyeglasses were slapped the guilty verdict less frequently than those without glasses. The former group of men and women were believed to be more intelligent, less forceful and less threatening physically.

The study found different guilty and not-guilty verdicts for Caucasians and non-Caucasians. However, what was common for both the races was the association of higher intelligence with defendants who wore glasses.

So how do glasses affect your perceived personality? 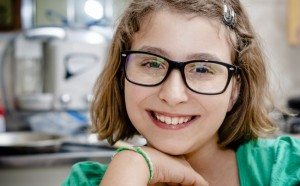 Do Your Glasses Suit Your Personality?

Within the confines of the limitations of both researchers, we could propose that glasses make your personality appear more pleasant. People with glasses are regarded in more positive light than those who do not wear glasses.

So glasses make you look more competent on their own. And, they enhance the positivity of beard and baldness, when coupled with either of the two, or both. And, they make you appear more intelligent in front of a jury. (This can be a good thing and a bad thing for you depending on your race).

Who knew! Agreed, these are mere perceptions, and, they are perceptions of strangers, and not people known to or familiar with the test subjects. However, you cannot dismiss the fact that eyeglasses make people appear more intelligent and competent.

So apart from looking more intelligent and competent, here are three additional reasons to wear eyeglasses. Or, try them as your personal social experiment for sometime at least.

Do you have some more reasons that we missed perhaps? Let us know!