Some of the biggest brands today in the line of designer sunglasses have been in the market for decades. Here we find out exactly which brands have made it big through the years and how they have done it. We will also discuss what their brand strategies were, which enabled them to stay at the top consistently for so long.

Vintage sunglasses are still in fashion today because of how they bring out a certain inexplicable emotion when they are worn. You feel like a person who is well seasoned and trained in the ways of the world. The confidence is something that cannot be fully understood.

Wearing vintage shades is also in a way a tribute to amazing personalities who lived many years ago. Many people sport vintage designs so that they can remind others of these inspirational people of the past. Here are some of the brands that have lasted the long ordeal in this competitive market and have in fact made quite a positive impression on its consumer group.

Ray Ban is one of the oldest brands in terms of designer frames and sunglasses. Their original purpose was to come out with glasses that would act as solar protectors for the American army during World War II. This is why Ray Ban still promotes its signature gold frame and green tinted military styled aviators. These glasses are the ones that are most popular among Ray Ban fans even today.

People through the ages have loved this design, and such shades have been sported by the likes of Marlon Brando, Tom Cruise, and James Dean. Ray Ban has been very thorough in its market research and has been careful to move with trends at strategic times. During the ’92 Olympics, they developed a new brand line because they were the sponsors for the American team in Spain.

Dior as an Age-Old Brand

Dior has been a classy brand from its very conception. Christian Dior used to work in a modeling house before he started his business in the same industry. Fashion was always his forte, and his experience made it possible for him to come up with some world-class designs that were appreciated by the aristocracy during that time. This strong beginning caused the brand image to sky rocket, and even today it is seen as an extremely posh brand.

Designer sunglasses from Dior are very outwardly, even though the brand itself is vintage. Their signature large lens and shiny frames are very popular even today. Quite a few famous personalities find that Dior is what gives finesse to their overall look. Hotel heiress, Paris Hilton, is an example of a celebrity who loves to wear Dior sunglasses. The complete look of a ’70s or ’80s model is brought out by a person sporting these designer vintage sunglasses.

The Much Sought-After Silhouette

Silhouette is a brand that stands for the original glasses that were in fashion in Austria during the 1980’s. The Futura selection of designer shades that Silhouette has shows how much they uphold the designs of vintage style dark glasses. They have done extremely well over the years and have established themselves as a very sturdy company in the sunglasses line of business.

The Futura Series is in fact so popular that the oldest designs are found in museums today. The designs that bring out the feeling of the era in which they were popular are provided by Silhouette, which is why they have so much customer loyalty. They are one of the few brands that can pull off extra-large lenses with a much-diversified color range.

Lacoste Emerges as a Mighty Brand

Lacoste is a company that has been in the fashion industry for a good number of years. Their designer sunglasses and other apparel show that their brand statement defines people who like to be understated. The pride that comes out of wearing Lacoste products cannot be put into words very easily. It gives you a feel that you are confident enough to not have to show off how wealthy you are.

Unlike most of the vintage brands that have come up because of how flashy their designs are, the signature of Lacoste is the exact opposite. They have come up to be a giant in their industry and have not once wavered from their understated attire and apparel. Although Lacoste is decreasing its production of sunglasses, some people still find their vintage designs to be very fashionable.

The brands that we have discussed are only a select few from a large number of companies that have done an amazing job and have grown very much in their industry after years and years of seasoning. Brands like these act as inspirations for growing brands today. 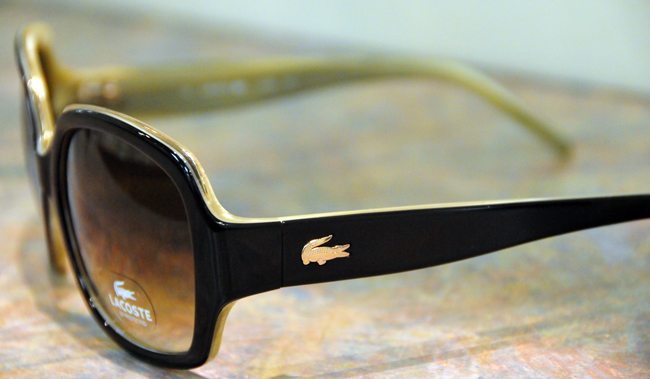