The Wayfarers were created by an optical designer named Raymond Stegeman and they first debuted in 1952. The response was immediate and the style was quickly adopted by celebrities, artists, musicians, and filmmakers, giving the design an iconic status.

But not many people know that a slump in sales in the late 1970s nearly killed the Wayfarers and that the style was saved by a timely product placement in movies.

Factors that contributed to the style’s popularity

The Wayfarers were originally designed for men, until women found that the style suited them equally well. In the 1950s and 60s, musicians like Bob Dylan and John Lennon, film stars like James Dean and Marilyn Monroe, and artists like Andy Warhol made the style famous.

Popular movies such as Blues Brothers and the Tom Cruise starrer, Risky Business, added to the Wayfarer’s popularity. During that time, they were common on beaches and very popular with the teenage crowd.

The design again saw a dip in sales in the 1990s, as new designs from other companies became popular. The style had nearly vanished, when it was revived again in 2007.

The brand’s vintage appeal and comfort certainly played a part in its revival but the success can be mostly attributed to design changes. The Wayfarers are now available in styles such as checks and camouflage, and colors like red, blue, white, turquoise, and others. Many celebrities have been snapped wearing these glasses, including Reese Witherspoon and Robert Pattinson.

Wayfarers are said to be one of the best-selling sunglasses in history, a title that is only disputed by another classic design, the Aviator. But one thing is clear. These iconic sunglasses are here to stay. 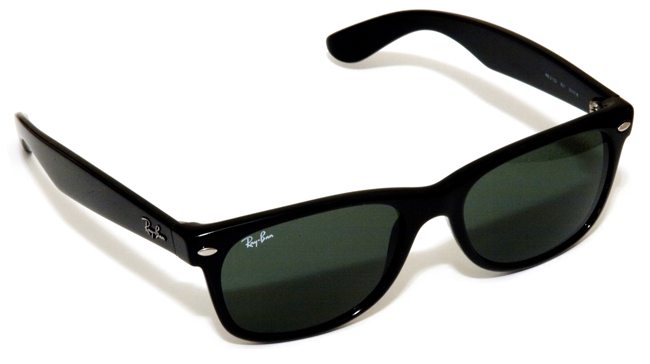